get your gearBook An Experience

Logan and Mac Hanes, a husband-and-wife duo, found their love of bourbon over a decade ago, after moving to Central Kentucky. Being surrounded by the history, stories, and heritage of America’s spirit, Logan and Mac made their way through the bourbon trail and began amassing a collection of rare bourbons.

In 2015, as a hobby, Logan went to work for Buffalo Trace- the oldest continuously operated and most award-winning distillery in the United States – where he told the stories of the barrels and their makers to thousands of visitors per year. In 2017, Logan trained for and joined the Tasting Panel where he had the opportunity taste and approve the world’s most sought-after bourbons such as Pappy Van Winkle, The Buffalo Trace Antique Collection, Blanton’s, and more.

In 2019, Logan and Mac moved to a new home in Frankfort, Kentucky. The basement, equipped with 12’ ceilings, was the perfect blank canvas to build the bar the two had dreamed of. Logan, having been a contractor and certified kitchen designer went to work immediately with Mac assisting every step of the way. Each element and fixture was picked or created with care and attention to create the rustic-lux Bourbon bar. After working a couple of hours every night after their kids went to sleep, the bar was done by January of 2020. The couple didn’t want to stop with just a bar, they took their passion for America’s native liquor and built a faux rickhouse (barrel storage building) next to their bar. With the appearance of 14, backlit barrels protruding out of the wall – the Basement Rickhouse was launched. 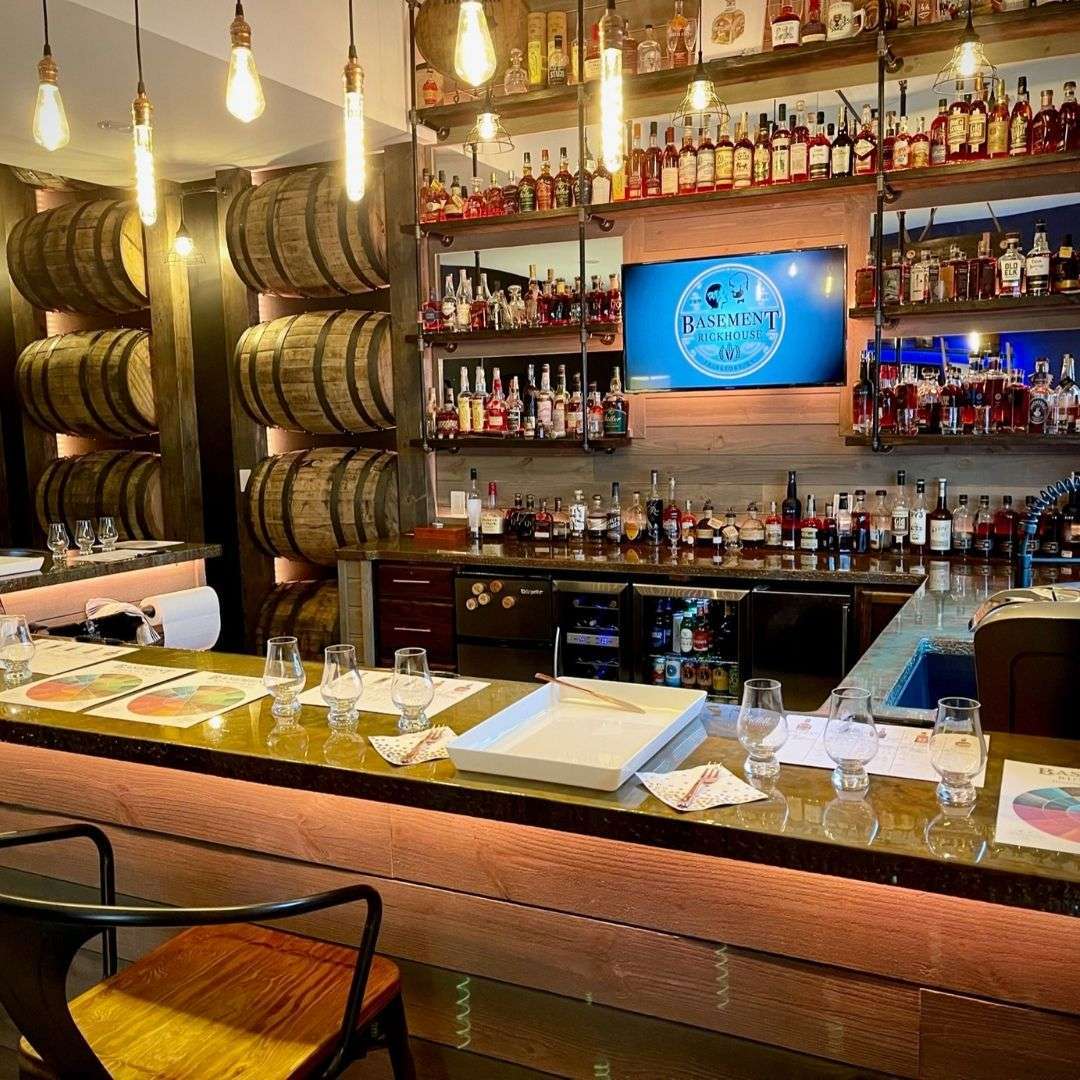 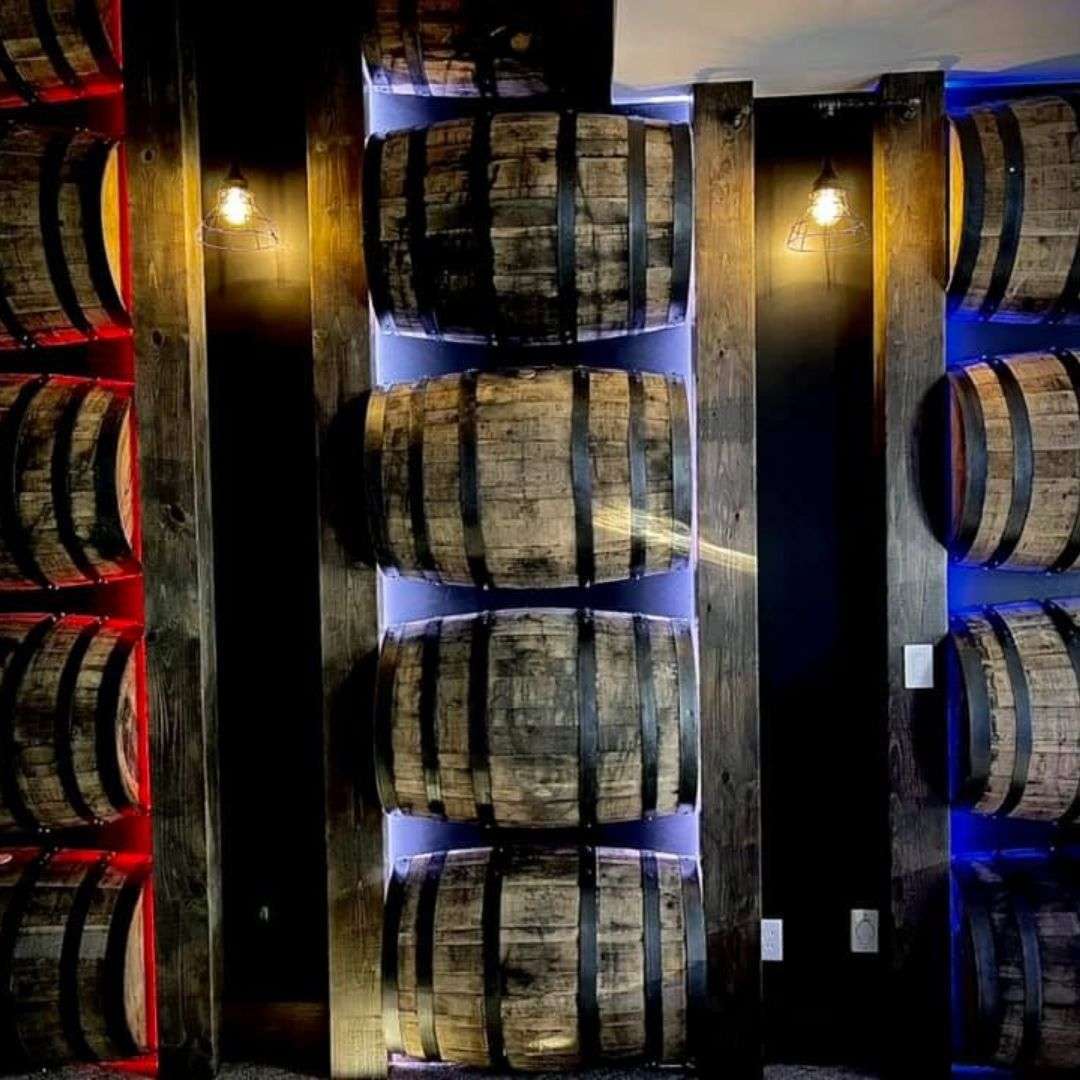 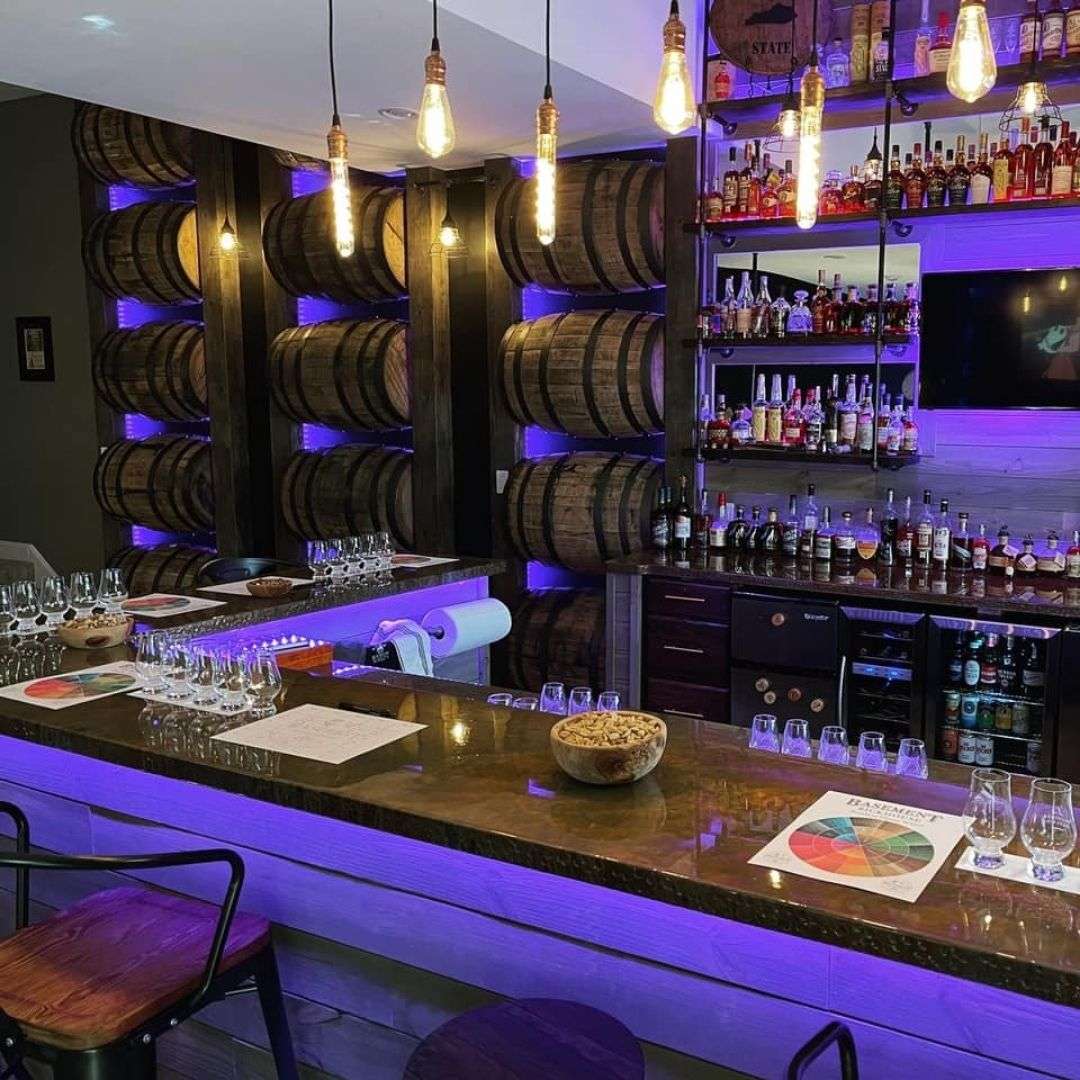 Celebrating the finished project, Logan posted pictures on a bourbon Facebook group which were met with rave reviews. The requests for a more interactive experience with the bar and the Hanes came rolling in from all of their new friends in the bourbon groups. Their requests resulted in the initial TikTok video introduction of the basement. Within 12 hours, the video had been viewed over 100,000 times.

Having left Buffalo Trace in March 2021, Logan found a new outlet to share the rediscovered stories of Bourbon– this time in the form of 60 second videos. Mac began researching and creating videos, focusing on the Women of Whiskey, amongst other topics. Since the launch of The Basement Rickhouse, Mac began to formalize her experience and pallet, and has been certified as a Bourbon Steward by the Stave and Thief Society – a subsidiary of Moonshine University.

Since May, the TikTok page has generated over 9 million views, 400K likes, and almost 40K subscribers – and climbing. In addition to hosting tasting events in their bar, Logan and Mac have been flown to North Carolina to lead Alliance National Insurance executives and their special guest, Rob Van Winkle (Vanilla Ice), through a tasting of Pappy Van Winkle. In January of 2022, they were flown to Laurel, Mississippi to lead the cast and crew of HGTV’s Hometown. In September, the bar was featured in Garden and Gun, and generated the magazine’s highest online engagement rate of any story of the year, ultimately, being selected as “Editor’s Choice”.

Most recently, Logan was voted as best male content creator for the “Bourbon TikTok Awards”. The couples latest project is a partnership with the Franklin County Humane Society to raffle some of the rarest Bourbon’s created to help fund a necessary move, relocating out of the floodplain.

Their style of storytelling – one that would make Paul Harvey proud – and their ability to teach about the people, the passion, the science, and the history behind the bourbon industry has contributed to their loyal following – one that is continually growing. 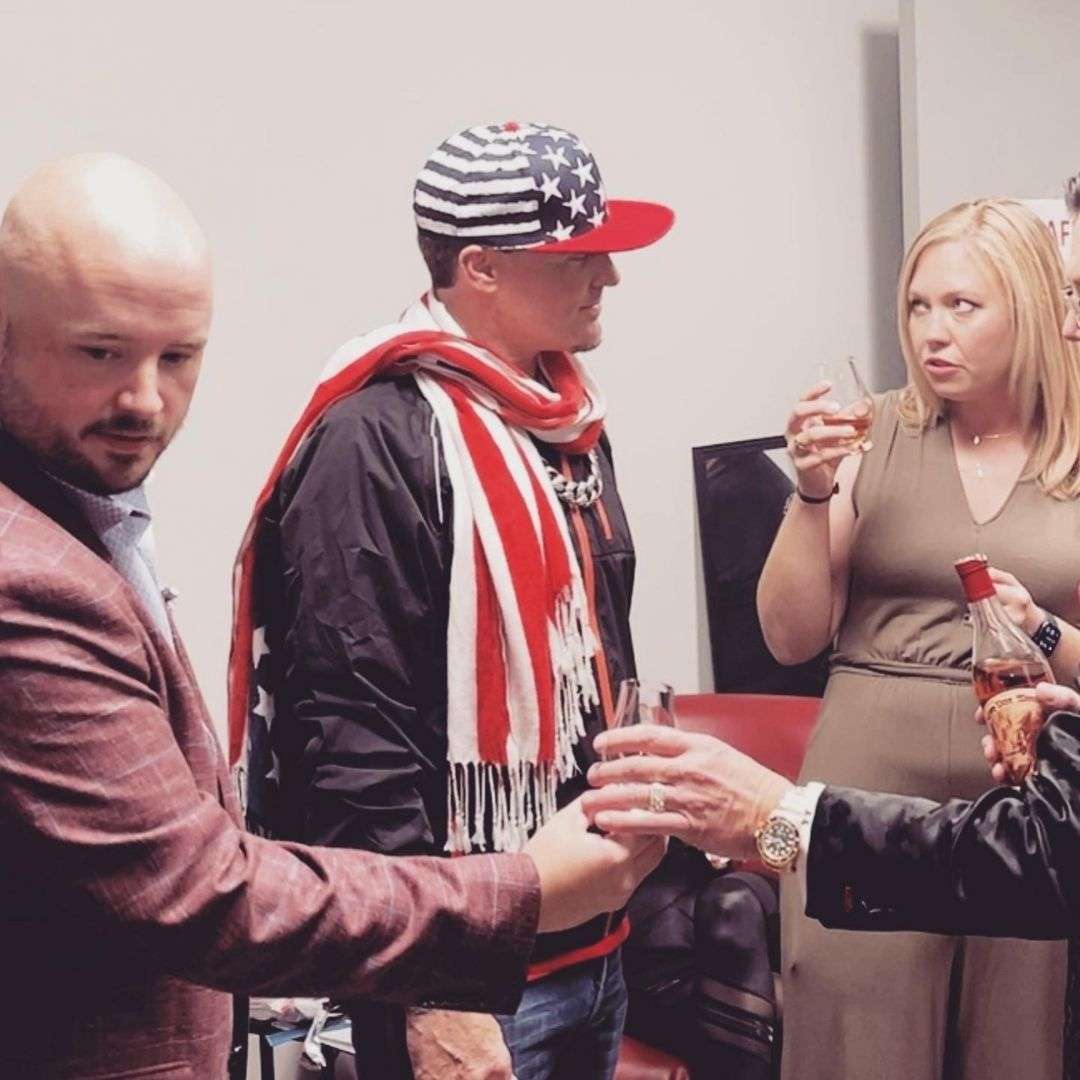 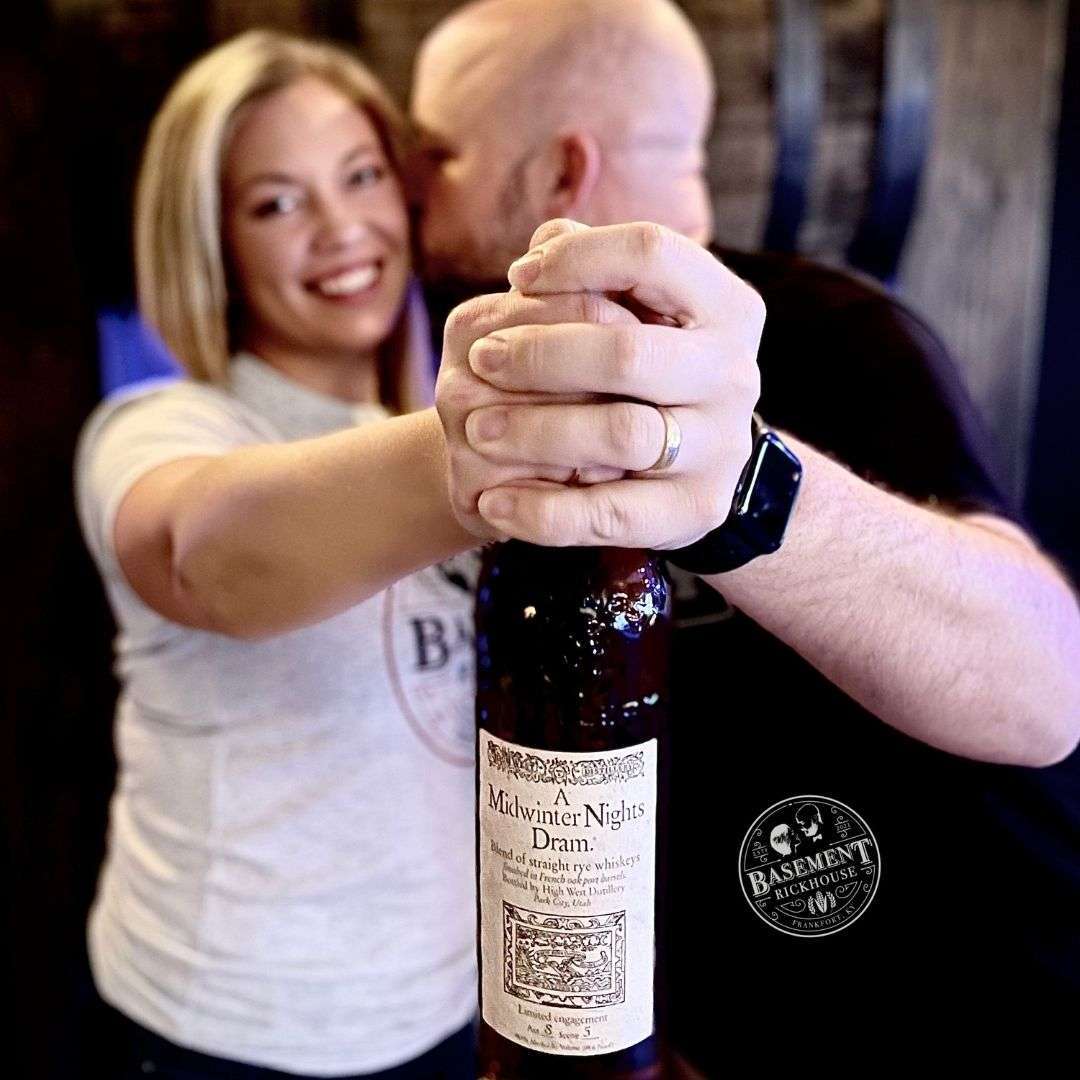 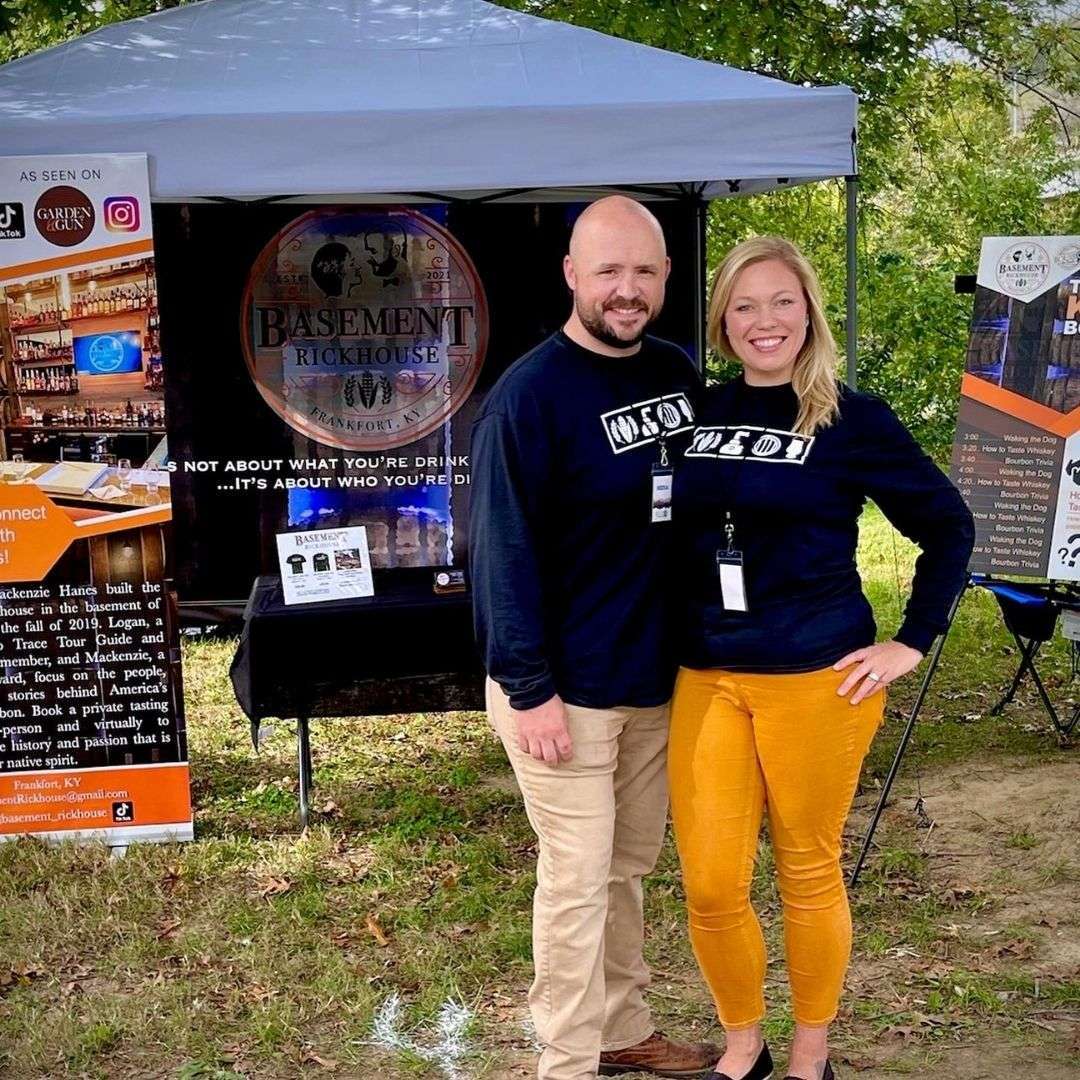 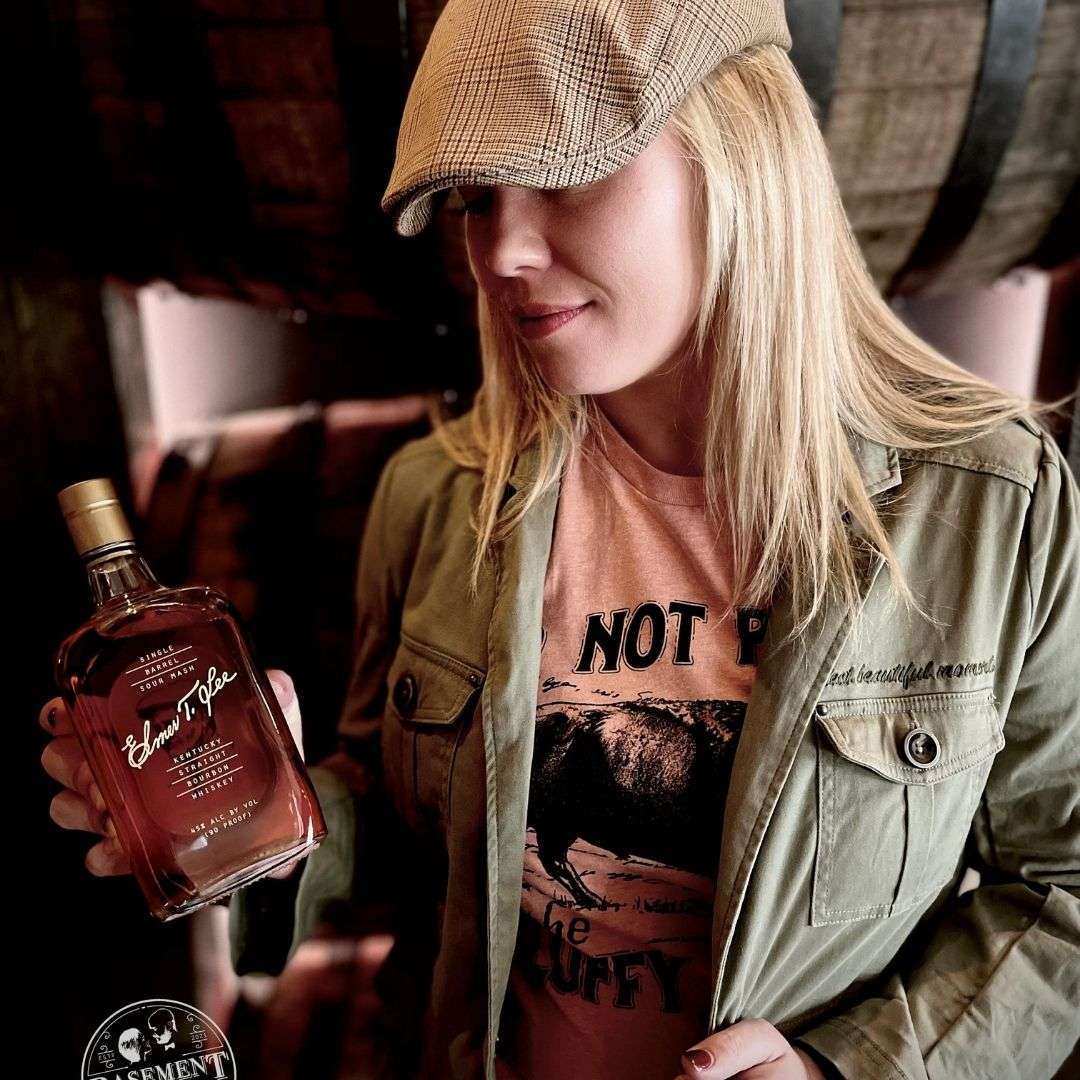 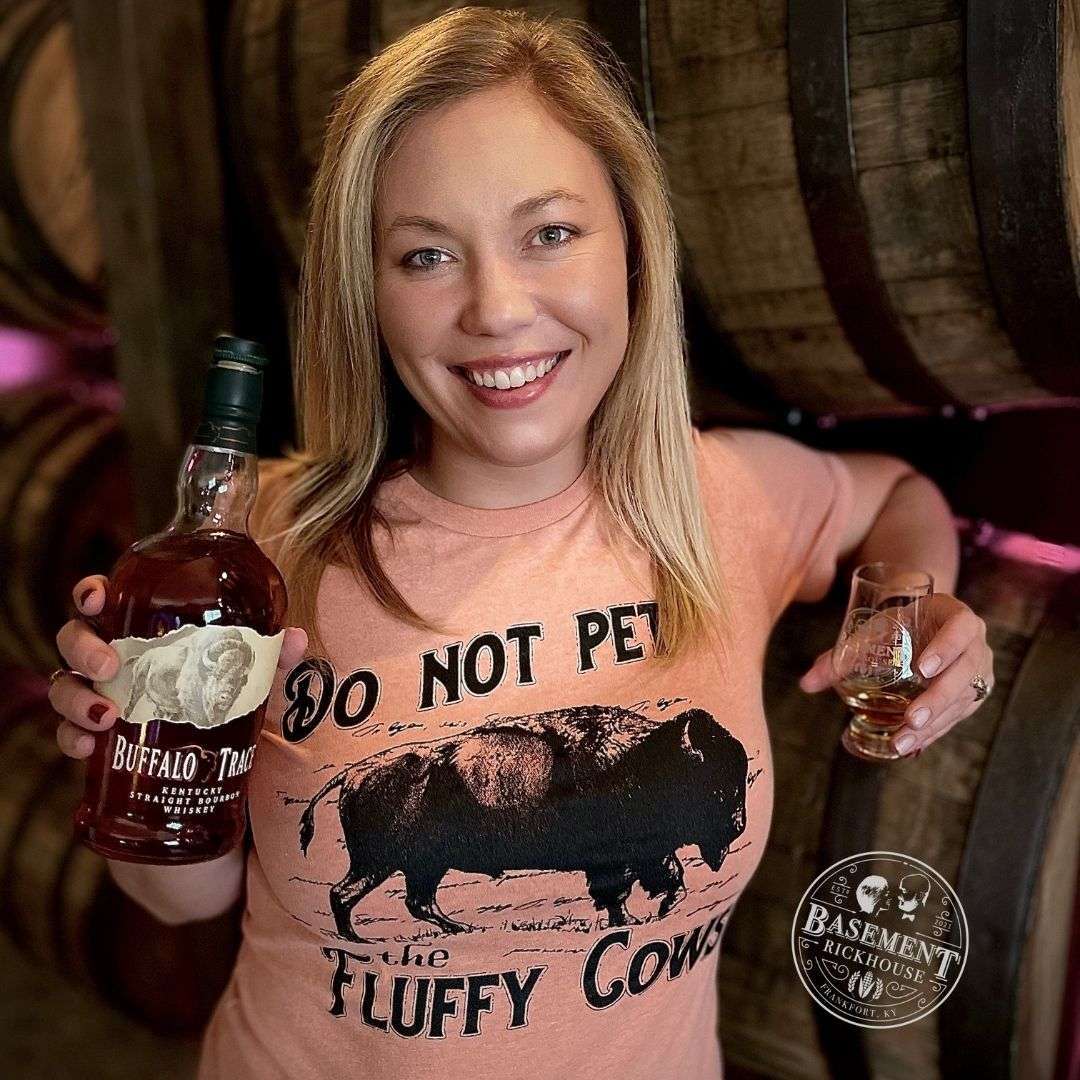 Mac Hanes fell in love with bourbon country and America’s native spirit in 2010. She took to the stories and the people behind them as she visited and took visitors to the dozens of distilleries in Central Kentucky. In 2012, Mac hosted her first bourbon tasting. She was a natural. With an amazing palate and great understanding of various flavor profiles as well as the process to achieve them, Mac is a great resource for people who are just dipping their toe in the industry who are trying to find their way around pleasing flavors.

In 2021, Mac achieved her Bourbon Steward Certification from Stave and Thief Society, a subsidiary of Moonshine University, with a perfect score. In 2022, she followed it up with an Executive Bourbon Steward Certification, where she and Logan are able to certify other Bourbon Stewards. In her teachings, Mac highlights women in the whiskey industry – from distillers to professional tasters without “pink-ifying” the product or the stories. Her goal through educating others and sharing her passion is to help make bourbon approachable and enjoyable.

Logan Hanes has been a lover of bourbon – the passion, the history, and the stories – since 2010 when he and Mac moved to Frankfort, Kentucky. After having become a regular at many of the distilleries, Logan went to work for Buffalo Trace as a hobby in 2015. There, Logan told the stories of E.H. Taylor, Albert Blanton, George T. Stagg, Pappy Van Winkle, and others to thousands of visitors from around the world. In 2017, Logan trained for, tried out, and joined the Tasting Panel – an exclusive group of trained tasters who would approve each barrel that would be bottled for the distillery.

In 2021, Logan left Buffalo Trace. At that time, he and Mac began the journey that is now known as the Basement Rickhouse. He continues to lead tasting, educating individuals on the nuances of tasting whisky – making it approachable for beginners and experts alike. He ties the whiskey in the glass to the same passion, history, and stories that made him fall in love with the product over a decade ago. 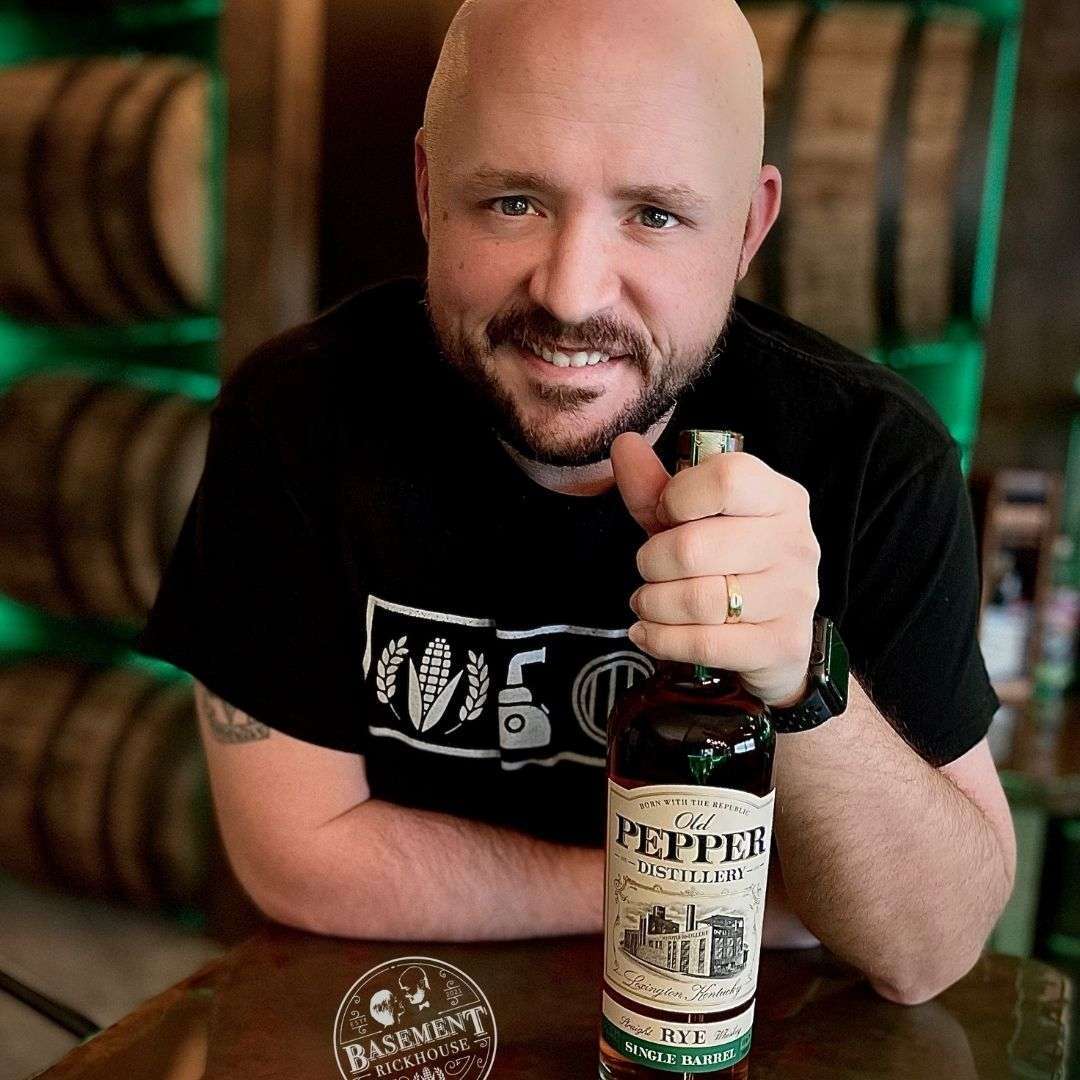 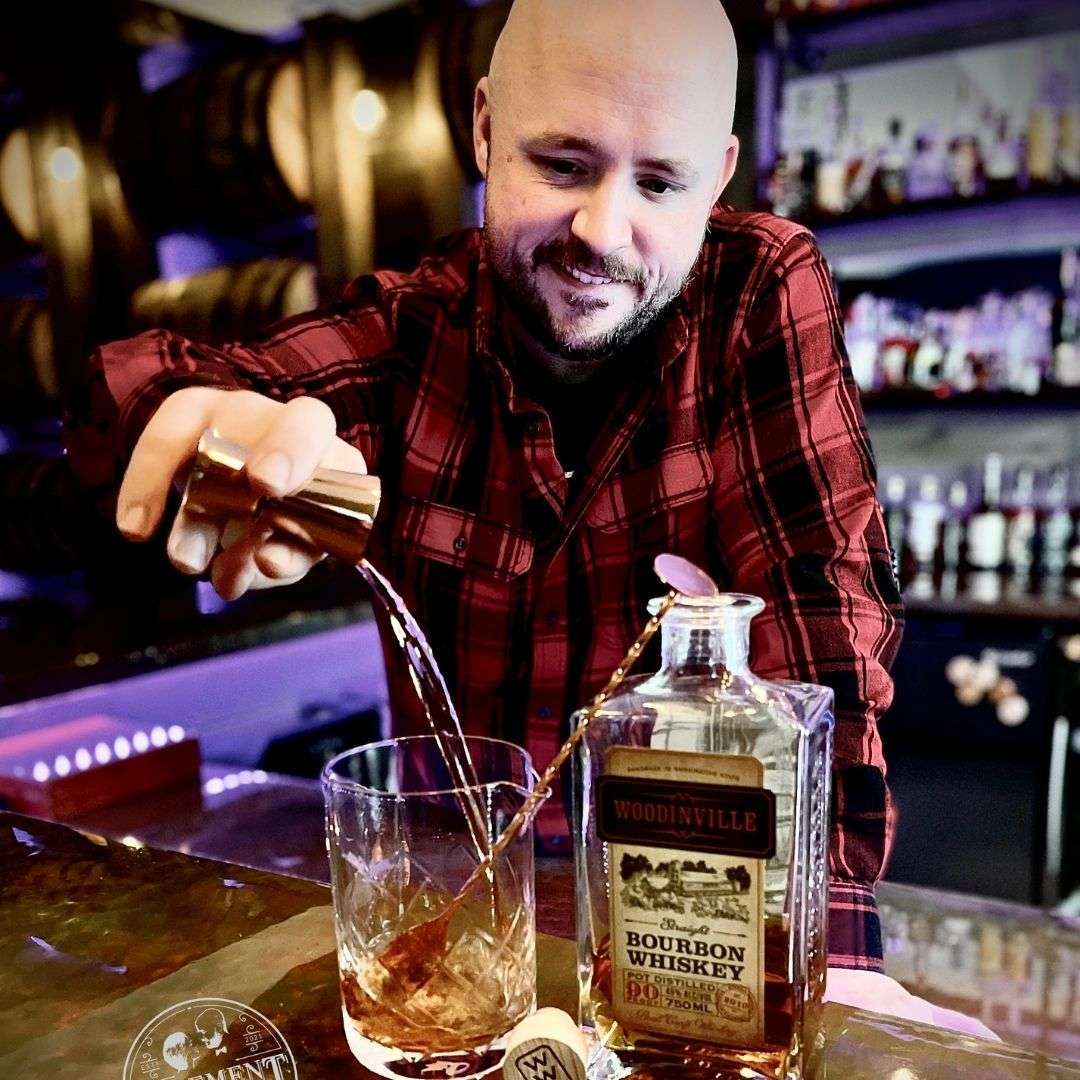